Pull Ups are one the exercises everyone knows they should be doing, but more often than not it’s also one most people skip over when they’re first starting to get serious with exercise.

For beginner athletes they simply don’t have the strength in their back and arm muscles to lift their entire body weight up to a pull up bar. Intermediate gym goers actually probably have it worse because if they’ve neglected Pull Ups this will often reveal huge gaps in their training program.

The best way to make sure there aren’t any gaps in your training is to focus on the four key points below to begin making Pull Ups a successful part of your regular strength program.

Tip #1 – Know How Your Muscles Get Stronger

Pull Ups are a compound exercise. This means you’re not only engaging your back muscles, as this is commonly listed as a pure back exercise. Instead, and one of the better reasons why you should be working with them, is you’re stimulating several muscle groups at once.

Simply by using Pull Ups you can create solid strength in your Biceps, Lats, Shoulders and also the Traps. Each of those muscles get fired up all at once to allow you to complete a single rep.

Now you can simply struggle through Pull Ups and power up these sets of muscles. And that’s what most people believe is the only way to spark their starting strength on to a whole new level.

However, there’s a much easier way that’s unfortunately too often neglected. It’s all about knowing which phase of an exercise movement creates stronger muscles.

The three phases of every movement are the Concentric Phase, the Transition Phase, and finally the Eccentric Phase.

The Concentric Phase is where the muscle contracts. It’s here that most people believe strength gets nurtured. It’s actually promoted through the latter part of the movement, the Eccentric Phase.

Making the muscles stronger actually occurs when the muscle is taken out of the contracted state. Most beginners will benefit in their Pull Up progress by slowly exiting the Concentric Phase.

So, to see the furthest strength gains as quick as possible you should be spending most of your time and attention in the negative of a movement, or the Eccentric Phase.

To get started you don’t even need to be strong enough to complete a Pull Up rep.

All you have to really do is grab onto a Pull Up bar and jump up so your chest is touching the bar. Most people think it’s about getting the chin up to the bar. But, the correct form for the exercise is about driving the chest upwards so it makes contact with the bar.

One you’ve jumped up to the bar slowly lower your body down. It’s important to stay in the Eccentric Phase for as long as possible. The slow and controlled descent will teach the muscle tissue how to perform under these circumstances.

Strength gains really come down to teaching your muscles to succeed. So, when working within the negative you won’t want to hit absolute failure. Instead, stop when you’ve still got about one rep left in you.

Regularly hitting muscle failure will actually set your progress back. So, remember that you’re only after fatiguing the muscles, not setting them up to fail.

Tip #3 – Stepping Up Your Pull Up Strength

The best format used to increase muscle strength, whether it’s for Pull Ups or some other muscle group that needs a bit of attention, is Pyramid Training.

This method puts the muscles under the right amount of effort and recovery. The process is pretty simple, but far from being easy. To get started all you have to do one rep. From here just pause for how long it took to complete the single rep.

Next, when is step two on the pyramid, add an extra rep to the previous one. So, you do two reps in a row. After this simply rest for how long it took to complete the two consecutive reps. After that you simply work your way up to being able to complete a certain target of reps in a row.

For the complete beginner, they’ll probably want to strive for five Pull Ups in a row. Or for someone who can already do that many, but really wants to jack up their rep counts, a good transition starting point is to aim for 10 reps in a row.

You can decide on any number. It’s pretty easy to personalize this method to fit your training goals.

Tip #4 – Two Other Pull Up Methods

There are two other training tactics that is used to help anyone get better at Pull Ups, and those are Greasing the Groove and using Resistance Bands.

What Greasing the Groove does is forces you do complete single Pull Up reps over several times during the day. You’ll need a doorway pull up bar for this to work. And after that all you have to do is mount in a door you consistently walk by several time during the day.

The resistance band method teaches your muscles the full range of motion Pull Ups offer. All you have to do is hook them on your Pull Up bar and either use your knees or feet as your anchor point to take some of the weight load off your weaker muscles.

The resistance band method can be applied to the Pyramid training format, or as a standalone method. 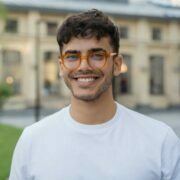 What You Need to Know About the Laser Teeth Whitening Procedure?

Urinary Incontinence As a Hidden Epidemic